Contact problems are important in engineering practice when interaction of two and more bodies is considered. This leads to formulation of contact conditions on unknown contact surfaces, which makes the problem nonlinear. Variety of the methods is used to solve the problem numerically. The direct solution of the variational inequalities by nonlinear programming, the Lagrangian multiplier method, the penalty method and the augmented Lagrangian method are among them. The ''master-slave'' concept, based on the definition of penetration of a ''slave'' point S into the master contact surface was found as a robust technique to define contact. The penetration then is used to construct a contact functional, and therefore for the constitutive model for contact forces. The functional, defined over the unknown contact surface, is a nonlinear function of current geometry. Therefore, the whole problem requires iterative solution, e.g. by the Newton iterative scheme. It leads to linearization of the contact functional. This procedure is often described in global reference coordinate system. The core of  the covariant description is to describe the contact conditions in the specially defined spatial local coordinate system which corresponds to the well-known closest point procedure, see Fig.1. Namely, the surface coordinate system

gives rise a spatial coordinate system, defined at the contact point C.
Thus, any spatial vector in space can be defined as

where the third coordinate is value of penetration. The base vectors of the system are given as

are components of the metric tensor,

are components of the surface curvature tensor. Since contact is an interaction between surfaces then each necessary equation especially for the linearization will be considered on the tangent plane, i.e. at 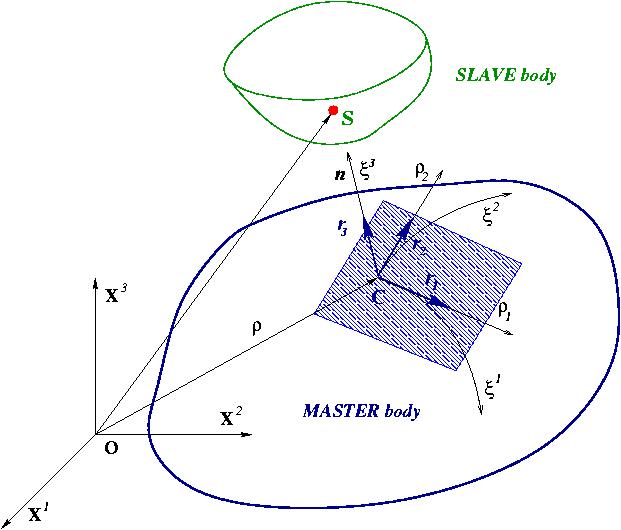 2.1 Bending a plate over a sphere. Large deflection contact. 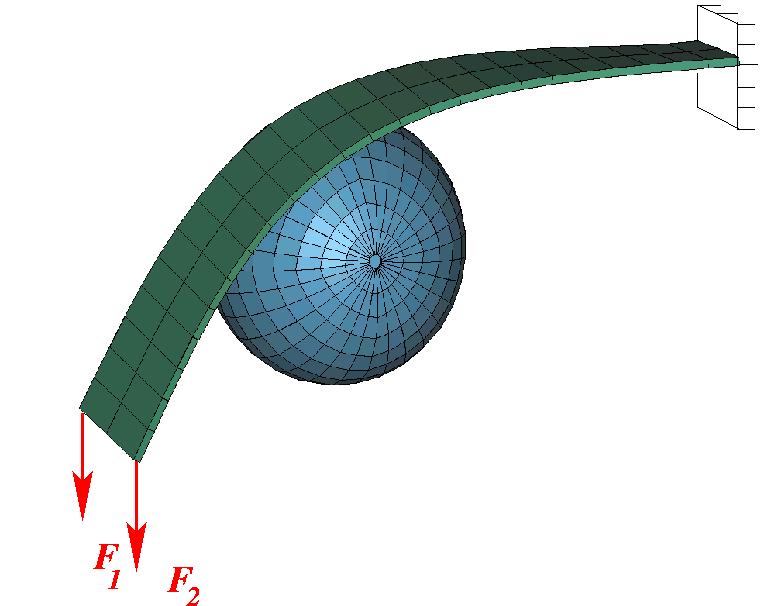 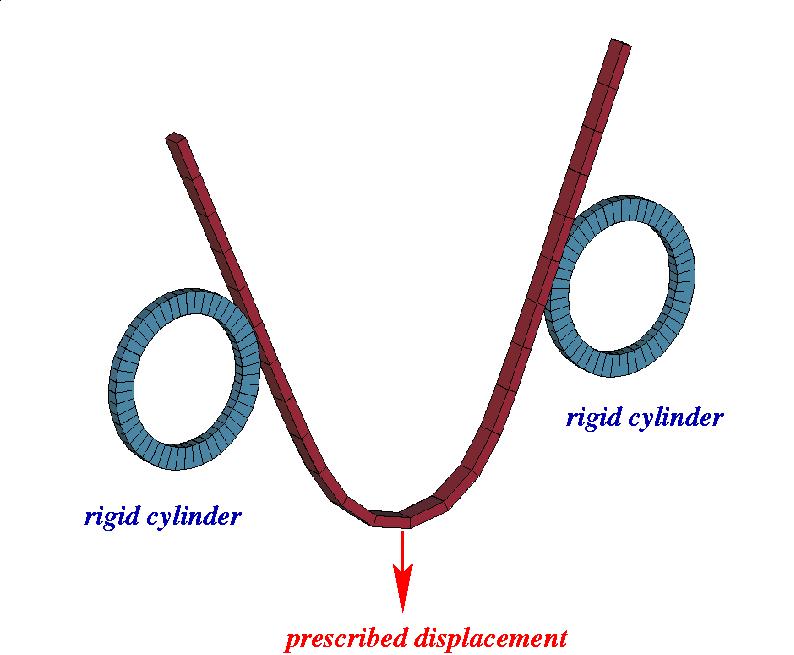 3.1 Spiral motion of a semi-cylinder on a rigid parabolic cylinder. 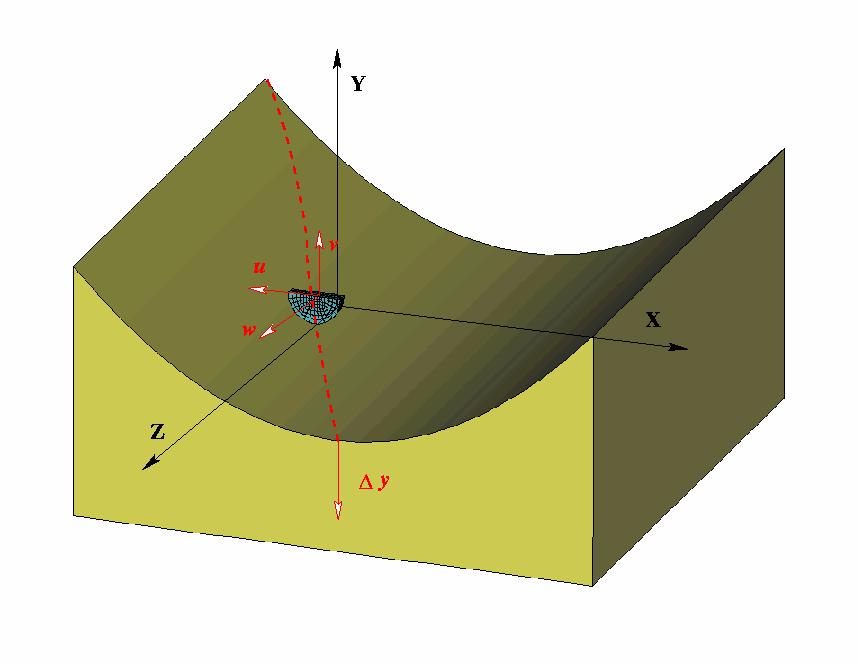 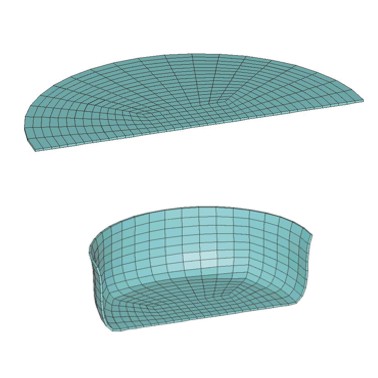